I came across Orson Scott Card‘s article in Rhino Times today and found his missive about the current political scene right on point so I though I’d share it with you.

“I’m not a Republican, and there were lots of things in the Republican Convention that reminded me why I became a Democrat in 1976.

But in this year of continuing economic decline — a decline that at this point is almost entirely caused by government “remedies,” just like the Depression of the 1930s — the contrast between the candidates could not be more clear.

Romney and Ryan stand for making the tough, grown-up choices and fixing broken government programs, so that the safety net will actually be there when today’s young people need it — without taking it away from those now depending on it.

They stand for creating a climate in which people can — by their own choices and their own work — raise themselves and their families to ever-higher levels of achievement.

Obama stands for keeping certain groups in permanent victimhood, so they will always feel entitled to take what they “deserve” from others.

Here’s the choice: Let’s say you make ten thousand dollars a year less than your family really needs. Life is a constant scramble of trying to find extra work, of doing without things, shopping for bargains, borrowing and scrimping. You don’t know how you’ll be able to get your kids through high school, let alone get them into college.

Here come Romney and Ryan, and they promise that they’ll create an economic climate in which you have a decent chance to get a better job, or at least earn the extra money you need; you’ll get raises, and in three years you’ll have that additional ten thousand a year.

Next, Obama and Biden show up and, from their track record, you know that in three more years, you’ll probably be making a little less than you are now — but at least you can chop those rich people down to size, so that nobody is making enough.

In fact, that’s why you can’t make more money — because the economy is shrinking as “excess” money is taken away from the “greedy” people whose “selfish” spending fuels the whole economic jalopy.

Your life will be even harder — but at least the rich won’t be so rich, either. (Unless they happen to be really good friends with Obama or his buddies, but the press won’t tell you about them.)

In other words, Romney and Ryan promise you the Politics of Prosperity — as long as you work hard to try to improve your own situation.

While Obama and Biden promise you the Politics of Spite — you won’t prosper, but at least the people who have more than you do will be cut down to size.

Which would you rather have in the Olympics of life? A decent chance to run your own race? Or the “satisfaction” of seeing the people who are ahead of you in the race get tripped up or shoved out of bounds?

Prosperity or Spite — that’s the choice this November.

Unfortunately, a Republican victory will bring a lot of other Republican nonsense into play as well. But we’ve had the Democratic nonsense for the past three-and-a-half years, and frankly, I’m not impressed.” ~ Orson Scott Card

Frankly, neither am I!

If you really want to know who’s doing what to whom (the whom being us), read Agenda Games by B. K. Eakman. 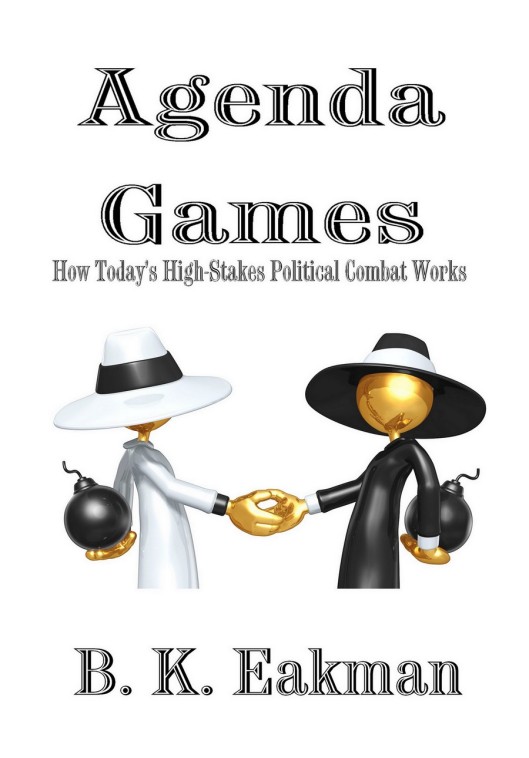 “Beverly Eakman has created a powerful and eye-opening primer on how politics really is played, and how it can play out. Her book focuses on nine major legislative arenas that critically impact our election process—and our way of life!” ~ Paul Driessen, author and columnist

This is me - Eileen Batson